The School Resource Officer (SRO) position was created to develop and foster relationships with the students at RSU 21. The SRO position is an example of community policing at its highest level. The SRO is available to all students and staff at all of the Kennebunk schools. Their presence in the schools has enabled them to get to know the students, as well as continue educating students about the effects that drugs and alcohol can have. SRO's speak with entire classes, as well as individual students on various topics, as well as during parent presentations with regard to State of Maine criminal law and juvenile law, substance abuse, Town of Kennebunk ordinances, and various police department policies and procedures.  The SRO's handle all complaints that occur in the schools and serve as a reference to students and teachers alike. When not in a classroom, SRO's are in the halls interacting with students and teachers as they pass between classes.

Officer Jason Champlin is the School Resource Officer for KHS.  Off. Champlin came to Kennebunk Police shortly after retiring from the Sanford Police Dept. Officer Champlin served 23 years in Sanford where he became an MCJA Instructor, assumed the duties of Gang and Graffiti investigator, K-9 Handler with K9 Kruger, and was a founding member of what is now known as the Southern Maine Regional Special Response Team.  Off. Champlin was promoted to Corporal and later Sergeant and served as a Team leader and later an Assistant Team Commander of the SRT.  Officer Champlin has an AA in Criminal Justice, attended various Leadership schools and completed the FBI-LEEDA Trilogy in leadership.  Off. Champlin provides training opportunities to civilians in both physical security as well as active threat awareness and response. Prior to entering Law Enforcement, Off. Champlin served 4 years in the U.S. Marines as a Rifleman, specializing in Security Force Operations.

Officer Officer Champlin served as an interim School Resource Officer at KHS where he was introduced to yet a different aspect of Policing.  Being able to interact with the students and faculty provides a significant opportunity to provide various resources to the KHS Community.  A favorite belief of Off. Champlin is, "Each one Teach one."

Officer Champlin also be contacted during school hours at the school via his email. 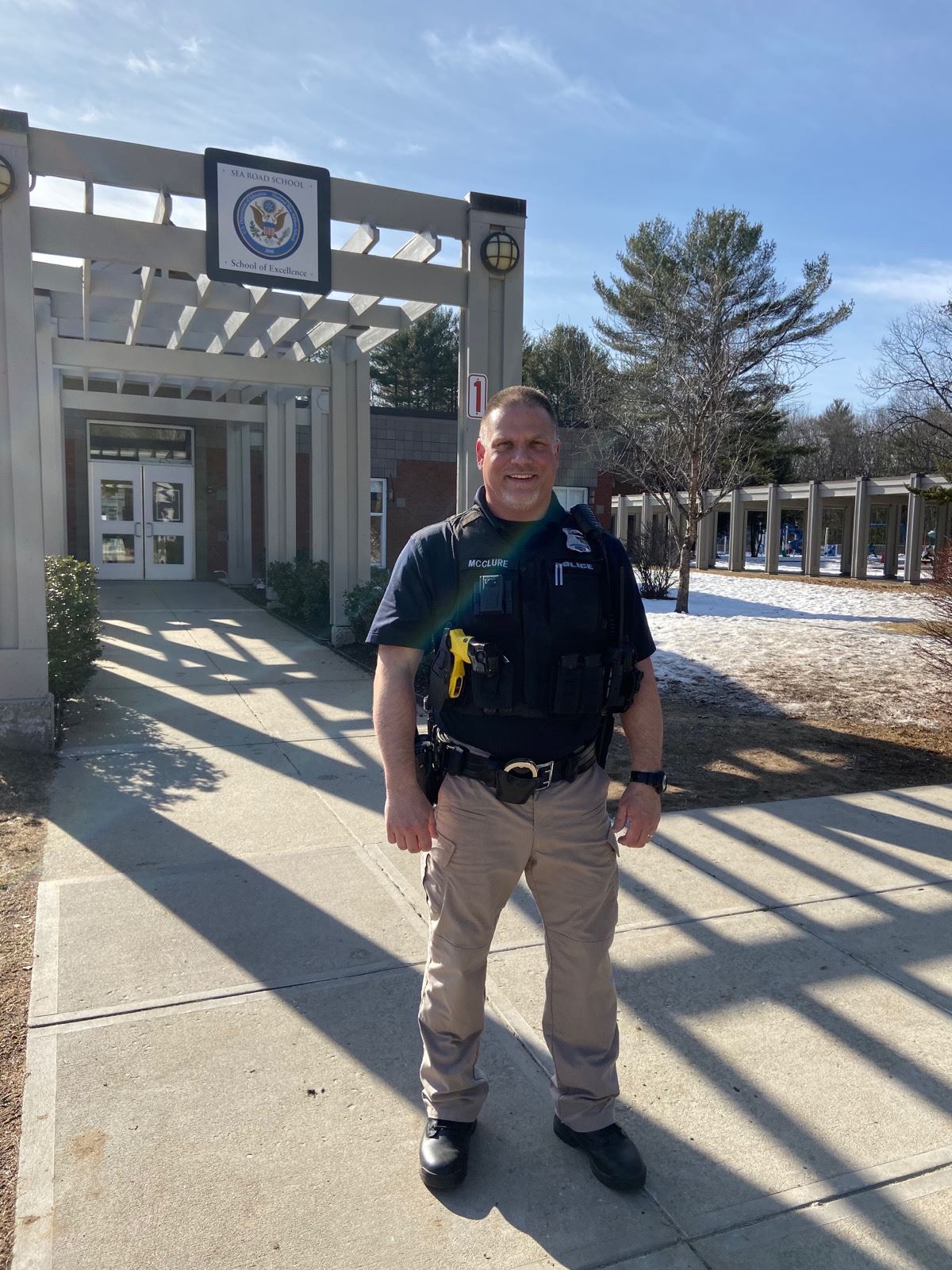 Officer Jason McClure has been a police Officer since 2000 and has worked for the Kennebunk Police Department since 2007. He is a Maine Criminal Justice Academy instructor and teaches several topics which include firearms, mechanics of arrest, restraint and control (MARC) as well as Taser.  Officer McClure is also a field training officer who enjoys teaching new officers the knowledge and skills they will need to be successful.
Officer McClure was selected to become a School Resource Officer and joined the staff at Sea Road School in December 2018.  Officer McClure loves his assignment as a School Resource Officer and has enjoyed getting to know the students and staff at the Sea Road School.  His goal is to keep Sea Road School safe and foster a good relationship between the community and the Kennebunk Police Department.

Officer McClure may also be contacted during school hours at the school via his email.

Officer Blaney may also be contacted during school hours at the school via her email. 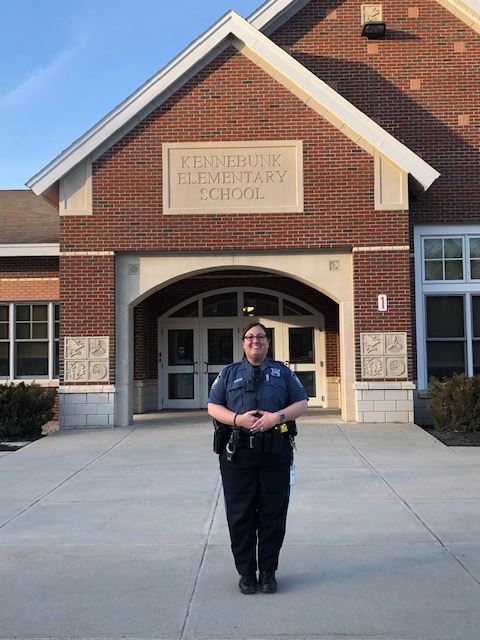